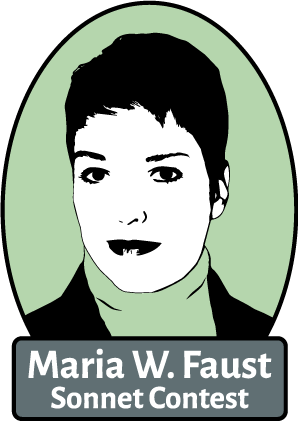 We are proud to announce that the Maria W. Faust Sonnet Contest is now a project of the River Arts Alliance.

The Maria W. Faust Sonnet Contest is an annual event that welcomes entries from around the world. The contest originated as an extension of the Great River Shakespeare Festival (GRSF). This was a logical first step, considering Shakespeare’s close association with the sonnet form. Winona’s then-Poet Laureate, Professor James Armstrong, and the directorship of the GRSF company launched the first Sonnet Contest in 2008.

In 2012, the contest was renamed in memory of Maria W. Faust: a Winona State University graduate in Communications; a twenty-year resident of Winona; an avid supporter of varied local arts; and a lover of poetry. Maria’s husband, Ted Haaland, took over directorship of the contest and, under his leadership, the contest has grown to reach poets from around the world. In 2019, entries were submitted from 9 countries and 35 U.S. states.

2020 will be a transition year for the Sonnet Contest. Ted Haaland has chosen to step back from his role as director. He will continue as the contest’s benefactor, with the goal of keeping Maria’s love of poetry alive in our community and beyond.

Sonnet Contest founder James Armstrong has assumed the director’s duties. Heidi Bryant will continue as the administrator of the contest, a role she took on in 2016. The contest is now a project of the River Arts Alliance, which will provide organizational support. And the partnership with GRSF continues, as they assist with events and promotion. The system for entering the contest will remain the same.

Entries are now being accepted, with a deadline of June 1st. To learn more or to enter, please visit sonnetcontest.org.